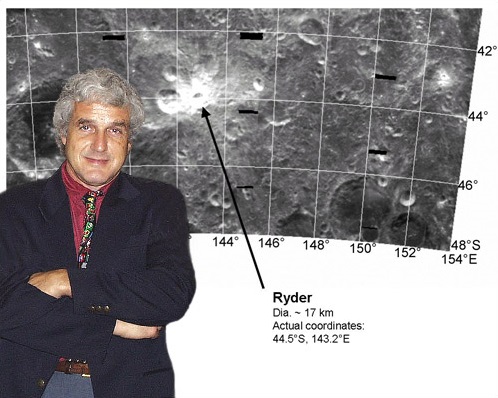 Dr. Graham Ryder was an eminent geologist and lunar scientist, and as a former Bridgnorth Grammar School pupil, takes his place among the school’s notable alumni.

He was born in Bridgnorth on 28th January 1949 and, after passing his 11+ aged 10, was educated at Bridgnorth Grammar School.

After A Levels, he studied geology at the University of Wales in Swansea and received his Bachelor of Science (BSc) in 1970.

Graham then went on to Michigan State University, where, in 1974, he earned his PhD in Geology and completed a thesis on the origins of intrusive igneous rocks.

From 1978 to 1982, Ryder worked at NASA’s Johnson Space Center, in the Lunar Sample Laboratory Facility. There, he focused on the assembly of catalogues and guides on geologic samples returned from the Moon by the Apollo lunar surface exploration missions.

In 1983, he became a staff scientist at the Lunar and Planetary Institute (LPI) in Houston, Texas, and much of his work involved the geology of the lunar surface and the chronology of lunar bombardment.

Honoured for Contribution to Lunar Science

Sadly, in 2002, Graham Ryder died from cancer aged 52. He was posthumously awarded the Barringer Medal at the 2003 Meteoritical Society Meeting for his work in planetary science.

The Meteoritical Society’s ‘Paul Pellas-Graham Ryder Award’ is jointly named after him and meteoriticist Paul Pellas, and Michigan State University’s ‘Graham Ryder Memorial Fund’ is also named in his memory.

In 2006, the Ryder crater on the Moon was officially named in his honour. Located on the far side of the moon, the crater has a diameter of 17km and is most likely to be the remains of an old, worn impact.

Colleagues reported that Graham’s quick wit and insightful commentary enlivened many scientific meetings, which could sometimes veer off track but were soon brought back to the point by his encyclopaedic knowledge of the sample collection.

In his spare time, Graham was a keen marathon runner and an ardent Wolverhampton Wanderers supporter. He would always follow the results of the games and even had his name on a commemorative ‘brick in the wall’ at Molineux.

Although he lived in The States for most of his adult life, Graham hoped to return to Shropshire for his retirement.

On a final note, Dr. Graham Ryder was a premier lunar scientist who pioneered many of our most important concepts about the Moon and its evolution and, thanks to his efforts, his work was instrumental in several areas of lunar science.