John is now on his fifth Chief Executive role, and doing a job that was pretty much made for him. He heads up The Institute of Leadership & Management, which helps more people become better leaders more of the time. Its mission is ‘To inspire great leadership. Everywhere’ through collaboration, networking and providing content for its 50,000-strong leadership community. 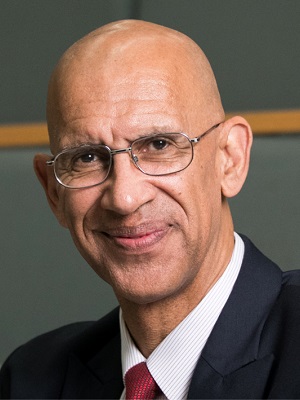 I have often wondered what it would be like to say ‘I was the first generation of my family to go to university’. Actually, I wasn’t – I didn’t go to one. At least, not for a long time.

Having emerged from what was (with hindsight) an idyllic school life with just 6 O’ Levels and a somewhat unproductive term in the sixth form to my name, I went straight into work. I did all the usual jobs associated with a young man without prospects – supermarket shelf stacker, hod carrier, electrician’s mate, trainee glazier, general dogsbody, etc. To be frank, I quite enjoyed it all, but I was possibly a disappointment to my mother, as she had hoped for better things.

It probably isn’t true to say that I wandered aimlessly through the next few years of my life, although pinning down an actual plan would be challenging – eventually, though, I washed up on the shores of stockbroking, and have been wearing a suit and tie ever since.

I spent half a dozen years buying and selling stocks and shares, then decided I would see the world and make my fortune, and generally have a good time at someone else’s expense. Over the ensuing decade, fate, with a wry smile, sent me to various parts of Eastern Europe as a consultant, Saudi Arabia (twice) in logistics, Singapore (several times, although not sure to what end) and Hong Kong for a while (running my own company).

Over time, two themes (I won’t say talents, for obvious reasons) began to emerge – international business and leadership development. Thus, I have ended up spending most of the last several years running various organisations involved with helping other people either do more or better business, or become better leaders themselves. Sometimes both.

Through all those years of work (and, at odd times, unemployment), travelling or otherwise, helping or being helped, striving or achieving, the School has always been a warm, sunny, comforting recollection that I could look back on with a smile. ‘The best days of my life’ will always be those still to come – yet the days I spent at the School are often taken out of the pocket of my memory, just so I can hold them and know that I haven’t left them behind somewhere.

Oh, and I did get a degree eventually. They let me have an MBA (I am sure out of sympathy), so I guess not a bad result after all.

I spend most of my day talking (which I enjoy) and listening (which I enjoy more), with people who are bright, knowledgeable, creative, and enthusiastic about helping other people achieve. I do a lot of public speaking at live events and webinars, podcasts and roundtables, I judge business competitions from time to time, and sometimes get called upon to present prizes and awards. And, I write – articles, some blog posts, the odd Tweet, and a lot of reports and business papers. Most of all, I enjoy engaging with people, and am an active supporter of young leaders.

As I can never quite make my mind up about anything, there is more than one thing about which I am reasonably pleased. In fact, there are three. I co-founded the Environmental Industries Foundation, which grew to a membership of more than 300 companies, and ran successfully for more than 20 years.

I set up and ran, for the first year of its life, The Derwent Initiative, a unique charity dedicated to getting organisations to tackle the problem of sexual offending (because amazingly, they didn’t). TDI has just celebrated its 30th birthday and it is deeply gratifying to see it still going, and still doing such good work.

And finally, I managed to encourage a few self-doubters, slowly and with some care, to bring themselves to the final mile, the final yards, and the final step of their first marathon, with every one of them smiling as they crossed the finish line with arms upheld. There are few things in life more pleasing than seeing a good friend achieve something they never thought they could – and every training partner for a marathon becomes a good friend.

(Amazing the things one remembers, when one begins to reminisce…)

'Do not follow in the footsteps of the wise. Seek what they sought' – Matsuo Basho