Alison is the head of Property Litigation at Ashurst, which is the UK's seventh largest law firm by revenue and the 25th largest in the world, employing over 2800 people. 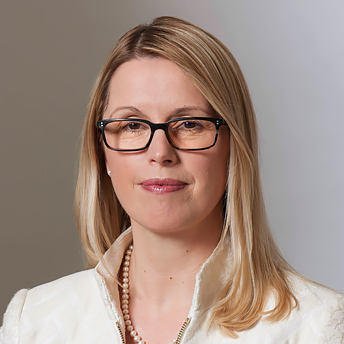 I went to Leeds Metropolitan University to study for a degree in Public Relations. However, wanting to be a lawyer since the age of eleven, after the first few weeks, I decided that I should try to get onto law degree course, initially having been discouraged as my A Level results weren't good enough.

I was offered places at a couple of universities but decided on the University of Wolverhampton. I took the rest of the year out, working as a checkout operator, factory worker, barmaid and waitress, to raise some much-needed funds.

I achieved a 2:1 in law from Wolverhampton and decided to go to Cardiff University to study (and then pass with commendation) the Legal Practice Course (LPC), a postgraduate course that is essential to qualify as a solicitor.

A good tip is that many of the big law firms across the country recruit their trainees 3 years in advance – and if you secure a training contract with them, they will pay for your LPC. If only I had known!

Whilst at Cardiff, I applied for 288 training contracts and was rejected from them all bar one, Manby & Steward (now FBC Manby Bowdler). I knew the company very well, having undertaken work experience with them between the age of 15 and 19. I worked there most school holidays, initially making tea and coffee and then being 'promoted' to preparing bundles, which involved vast amounts of photocopying. I subsequently qualified as a solicitor with them in 2000, accepting a position as litigation lawyer until leaving them a year later.

In 2001, I moved from Shropshire to London to work for the then world's largest law firm, Clifford Chance. I learnt so much there, before taking up a position at Charles Russell in Cheltenham, where I went on secondment to Vodafone and learnt all about telecoms – something that has been really important for my career.

Next, I went to Wragge & Co in Birmingham (now Gowling WLG) for 8 years. I became a partner at Squire Patton Boggs in 2014, 14 years after setting myself the target of becoming a partner. In quick succession, I became Chair of the Property Litigation Association and was given the Freedom of the City of London. I became the national head of the Property Litigation team at Squire Patton Boggs, running teams in London, Birmingham, Manchester and Leeds.

In 2018, I was head-hunted to become the head of Property Litigation at Ashurst, which is the UK's seventh largest law firm by revenue and the 25th largest in the world, employing over 2800 people. I am regularly quoted in the trade publications and most recently appeared in the FT and The Times, commenting on a case in Canary Wharf.

I work in an office in the City of London and I lead a team of seven lawyers, from an apprentice to senior lawyers who are at least ten years older than me. I really enjoy leading a team, letting people shine and working together to get the best result. I work for well-known clients on high value disputes.

I chose to deal with property litigation because I like being able to go and see what we are fighting about. Property litigation is broadly the resolution of any type of dispute that relates to property. One of my clients calls me "the bricks and mortar sorter" - if there is a dispute relating to real property, I sort it out, either in court or by negotiation.

Some recent examples are a multi-million pound dispute relating to the price of a property – whether the price was £67m or £58m. I obtained an injunction for Chelsea Football Club to prevent free-runners from entering their property, videoing themselves on the roof and uploading the videos to YouTube. I advised the City of London Corporation on how to get broadband installed in the City of London quickly and cheaply.

I have run 15 marathons in the space of a few years, all of them in less than four hours, one in three hours and 23 minutes. Now I run half marathons for fun and fitness, although I have signed up for the 2019 London Marathon on 28th April.

I made good friends at Bridgnorth Endowed School and my French teacher, Mr Cobb, pushed me to achieve my highest A Level result.

Having decided at the age of 11 that I wanted to be a solicitor, I was impatient to get to work, but knew I had to go through school and university first. I think it is great that there are now legal and other apprenticeships, so that you can go straight from school to being a qualified solicitor, or indeed into so many other professions.

I've lived my life by the saying "Shoot for the moon. Even if you miss, you'll land amongst the stars."  I really believe that. Unless there is a really good reason not to, always say yes to opportunities that you are presented with. Even if you think you can't do it, or if others say you can't, push yourself, take the risk, believe in yourself. You will be amazed what you can do.